The following set of questions utilizes data from the Population Reference Bureau (PRB) on the relationship between women’s literacy and the prevalence of HIV in Sub-Saharan Africa. Using the PRB’s Data Finder tool, data were assembled for 15 countries in Sub-Saharan Africa through the year 2004 and are shown below. 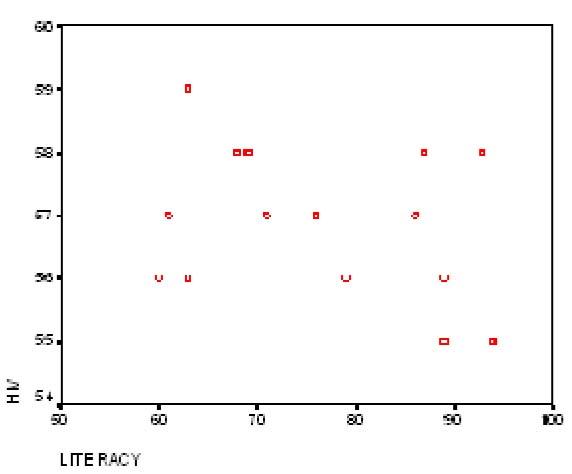 6. According to the regression equation that you calculated above, what is the predicted percentage of women with HIV in a hypothetical country where the female literacy rate is equal to zero?

10. For each of the 15 countries considered in this analysis, what is the predicted value for the percentage of women with HIV? Identify the five countries with the largest residuals? Pick one of these countries and interpret its residual in statistical terms.

11. Suppose that a researcher added as an additional independent variable the percentage of women who work outside of the home to the original bivariate regression equation. Describe what you think would happen to the following value: Σe2.